Home » The Top 4 Mistakes Not to Make on LinkedIn »

The Top 4 Mistakes Not to Make on LinkedIn 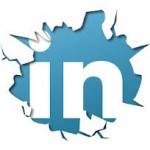 Compared to Facebook, Twitter, Tumblr and Instagram, LinkedIn really has a special designation: professional networking. And there is a difference between professional and personal networking, I see the same mistakes over and over!

And, on LinkedIn, those faux pas can damage your career. In fact, data shows that LinkedIn is especially helpful when it comes to landing higher-paying jobs—”informal recruitment” is a favorite of hiring managers aiming to fill positions up there on the pay-scale. So whether you’re hunting for a new job, making the most of the one you have or just looking to learn about professional possibilities, avoid these four big LinkedIn mistakes:

1. Not Using a Picture

One of the biggest mistakes I see is no photo. Do you know that you are seven times more likely to have your profile viewed if you have one? Like a house that’s on sale, the assumption is that if there’s no photo, something’s wrong.If you leave a networking event with a handful of business cards, intending to follow up on LinkedIn, it’s much harder for you to remember who’s who without pictures. A missing photo can easily lead to missed connections.

2. Putting Up the Wrong Picture

No dog, no husband, no baby! Your photo is meant to show you at your professional—not personal—best. Especially for mothers getting back into the workforce, a picture of their child doesn’t convey that they’re ready for a full-time job.

Misrepresenting your appearance. I see older people who are worried about age discrimination use a photo of themselves in their 30s, but an interviewer wasn’t expecting them to look so different. And instead of listening to your answers, the interviewer will think you’re deceptive. Unless you’re getting hired for a modeling gig, people are just looking for energy, which you can communicate through great posture, open eyes and a smile. In fact, HSN Beauty found that, when paging through LinkedIn profiles, 19% of recruiters look only at your profile picture.

Between Twitter and Facebook, people have a pretty good idea of what you’re up to socially. But your LinkedIn status is the right place to update your network about your professional accomplishments and progress. You could be updating about a colleague getting a promotion or sharing a great article you wrote. Every few days, put something in your status to keep it fresh, and show you’re active and engaged—no one will know what you’ve done if you’re not showing it off.