Since the housing crash of 2007, the decline of the Sun Belt and dispersed, low-density cities has been trumpeted by the national media and by pundits who believe America’s future lies in compact, crowded, mostly coastal and northern, cities. But apparently, most Americans have not gotten the memo — they seem to be accelerating their push into less dense regions of the Sun Belt.

An analysis of population data by demographer Wendell Cox, including the Census report for the most recent year released late last week, shows that since 2000, virtually all the 10 fastest-growing metropolitan areas in the United States are located in Sun Belt states. The population of the Raleigh, N.C., metropolitan statistical area has expanded a remarkable 47.8% since 2000, tops among the nation’s 52 metro areas with over 1 million residents. That is more than three times the overall 12.7% growth of those 52 metro areas.

Austin, Texas, and Las Vegas also expanded more than 40%, putting them second and third on our list. The populations of the other metro areas in the top 10 all expanded by at least 25%, or twice the national average. This jibes nicely with domestic migration trends and growth in the foreign-born population, both of which have been strongest in many of these same cities.

The most recent numbers, covering July 2011 to July 2012, also reveal some subtle changes in the Sun Belt pecking order. Over the 2000-2012 period, the growth winners   included places like Las Vegas, Riverside-San Bernardino and Phoenix, all of which suffered grievously in the housing bust. Although they all clocked population growth better than the national average over the past year, none, besides Phoenix, ranked in the updated top 10.

Growth momentum has shifted decidedly toward Texas. Austin’s population expanded a remarkable 3% last year, tops among the nation’s 52 largest metro areas. Three other Lone Star metropolitan areas — Houston, San Antonio and Dallas-Ft. Worth — ranked in the top six and all expanded at roughly twice the national average. The other fastest-growing metros over the past year include Raleigh, Orlando, Phoenix, Charlotte and Nashville. One unexpected fast-growth area has been Oklahoma City, which ranked 20th between 2000 and 2012, but notched the 12th spot last year, with a growth rate 60% above the national average.

What explains these subtle shifts? Some of it can be traced, of course, to the stronger growth in energy-rich areas such as Texas as well as Oklahoma City. The differences are particularly striking when looking at varying economic growth rates among the country’s largest regions. In 2011 the Houston metro area, whose population is up by 1.4 million since 2000, also enjoyed the fastest GDP growth, at 3.7%, of any of the nation’s top 20 regions. Dallas-Fort Worth clocked a respectable 3.1%.

In contrast, the GDP growth rates for the hip, dense metro areas lagged behind. Among the elite cities, the tech hubs of San Francisco , Seattle and Boston have done the best, posting GDP growth around 2.5%. But the economies of New York, Los Angeles, Philadelphia and, surprisingly, Washington D.C., grew at roughly half the rate of Houston.

But it’s not just economic factors at play. One remarkable similarity in all the fastest-growing areas is their relatively low population densities. Although Raleigh and Austin are held out as “hip” cities, they have very low-density urban cores. Not one of the top 10 growth cities for 2010 to the present, or last year, had urban core densities more than a half of those of places like Boston (40th for 2000 to the present), New York (41st),  Los Angeles (42nd) or Chicago (43rd).

At the same time, we have to consider the issue of housing affordability, something that rarely comes up among proponents of “cool” cities. In contrast to slower-growing San Francisco, New York and Los Angeles, most of the fastest-growing cities have lower housing prices relative to income. Particularly notable are the low prices in areas such as Austin, Raleigh, Houston and Dallas-Fort Worth, where housing costs are half or less than in the more highly regulated “cool” cities.

Lower housing costs also seem to impact another critical growth component: family formation. Immigrants and domestic in-migrants are important to population growth but equally critical is whether longtime residents in a region choose to have children. Virtually all the top 10 metro areas, both last year and since 2000, have also ranked among the fastest growing in terms of the population under 15; Raleigh’s child population alone has expanded by almost 45% since 2000, compared to 2% nationally;  Austin’s toddler population surged a remarkable, 38%. The child populations of Houston, Dallas-Fort Worth, Atlanta, Phoenix, Las Vegas and Orlando all  increased by 20% or more.

In contrast, none of the hip cities posted under 15 population growth better than 5%. The number of children has actually declined in many, including New York, Los Angeles, Boston, San Francisco and Chicago. Even with substantial influxes from abroad, particularly in New York, it’s difficult for these areas to sustain population increases when the number of children keeps dropping.

The problem may be even more intense in Los Angeles and Chicago, whose economies continue to lag further behind. But the demographic challenges of the Big Orange and the Windy City pale compared to those faced by many cities in the old industrial Rust Belt, which have either lost population or posted only weak increases.

Cleveland’s population is down 3.9% since 2000, the worst performance among the nation’s biggest metro areas apart from disaster-struck New Orleans. Cleveland lags in both family formation and has seen strong outmigration, but also attracts few foreign-born residents. Much the same can be said of Providence,R.I., Pittsburgh, Buffalo and Detroit. Nor do things seem to be improving with time; these areas continued to inhabit the nether regions in the most recent Census reports.

So what do these trends tell us about the demographic evolution of our major metropolitan areas? Certainly sustained economic growth, low density and more affordable housing all clearly continue to push the center of population gravity toward certain Sun Belt cities, primarily in the Southeast and Texas. It turns out that neither the Great Recession, the housing bust or a much hyped preference for dense urbanity is turning this around.

We looked at Census population figures for 2000 to 2012 for the 52 metropolitan statistical areas in the U.S. that exceed 1 million residents. These are the 10 cities that expanded the fastest and the 10 that brought up the rear, four of which shrank over that period. 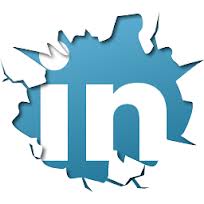 “How Did we Grow Our LinkedIn Presence to one of the…

TOP 1% MOST VIEWED PROFILES on LinkedIn?”