Home » From Find the Capital » Ever Seen Someone Jump Out of an Airplane without a Parachute? »

Ever Seen Someone Jump Out of an Airplane without a Parachute?

By Lisa Virkus on Aug 1, 2013 in From Find the Capital, Running Your Business, Videos | 0 comments 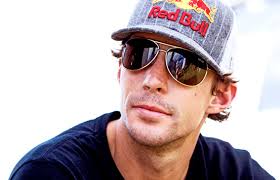 Article by, Brent Virkus of Find the Capital

No moral of the story is Trust. Travis Pastrana is one of the worlds most adventurous thrill seekers of our lifetime. In his own unique way, he is an amazing leader of his people. So much so that not only do they trust him, but he puts his money where his mouth is and trusts his people enough to catch him in mid air and strap his parachute on for a safe landing...

The one thing every great leader has is the ability to get his or her employees to trust them in a way other leaders can't. This said, let's take a look at the 5 transitions great leaders make that average leaders don't.

The secret to leadership is there aren’t any real secrets. The best leaders have simply gone to school on improving their tradecraft. While the capabilities possessed by the best leaders might seem otherworldly to many, they are merely the outcome of hard work, experience, perspective, and yes, a bit of luck. The best leaders have just learned to make certain transitions that less effective leaders curiously remain blind to.

Some leaders hit their stride early in their career, others find their path later in life, and regrettably, far too many leaders never seem to get their footing. Great leaders discover pivot points and transitions that create a certain rhythm and balance, while average leaders tend to be somewhat tone deaf and awkward. We all recognize great leadership when we see it, but many fail to see what it is that actually makes the leader great. Following are 5 key transitions great leaders make that average leaders do not.

Find Purpose– Purpose is the one thing all great leaders have in common. Great leaders have a clearly defined purpose, while average leaders just show up to work. Purpose fuels passion and work ethic. It is these characteristics that afford great leaders a competitive advantage over those who don’t understand the dynamics of this linkage.

The best leaders recognize a common purpose, shared values, and aligned vision are the hallmarks of any great organization. These three elements set the foundation for a sustainable culture. Leaderswho fail to bring people together around these three constructs sentence their company first to the chaos of mediocrity, and ultimately to the pain of obsolescence. Great leaders create culture by design, while average leaders allow culture to evolve by default.

A lesson lost on many is profit doesn’t drive purpose, but purpose certainly drives profit – great leaders understand this; average leaders do not. Leaders who are driven by profit will find they may be successful for a season, but they’ll eventually come to realize a pure profit agenda is not sustainable over the long haul. Great leaders make the transition from profit to purpose and are handsomely rewarded for doing so. A unified purpose can endure all things.

People First– Leaders are nothing without people. Put another way, people will make or break you as a leader. You’ll either treat them well, earn their trust, respect and loyalty, or you won’t. You’ll either see people as capital to be leveraged or humans to be developed and fulfilled. You’ll either view yourself as superior to your employees, or as one whose job it is to serve them, learn from them, and leave them be better off for being led by you.

The best leaders don’t put people in a box – they free them from boxes. Ultimately, a leaders job isn’t to create followers, but to strive for ubiquitous leadership. Average leaders spend time scaling processes, systems, and models – great leaders focus on scaling leadership.

Develop Awareness– Great leaders are self aware, organizationally aware, culturally aware, contextually aware, and emotionally aware. They value listening, engaging, observing, and learning over pontificating. They value sensitivity over insensitivity and humility over hubris. Leaders who come across as if they know everything haven’t fooled anyone – except themselves.

Great leaders avoid the traps, gaps, and blind spots average leaders so easily step into. Leaders who choose to live in the bubble of their own thinking rather than understanding the benefits of seeking others input and counsel make things harder on everyone. The willingness to allow your positions and opinions to be challenged is a sign of strength not weakness. I’ve often said the most powerful and overlooked aspect of learning is unlearning. Leaders never willing to change their mind ensure only one outcome – a lack of growth and development.

Shun Complexity– Complexity is a leader’s enemy not their friend. Great leaders live to eliminate or simplify the complex, while average leaders allow themselves and those they lead to be consumed by it. Complexity stifles innovation, slows development, gates progress, and adversely impacts culture.Complexity is expensive, inefficient, and ineffective.

I’m not minimizing the fact we live in a complex world, and I’m not suggesting that profit cannot be found in complexity. But great leaders understand opportunity and profits are extracted from complexity through simplification, not by adding to the complexity. While many think it was Einstein who said, “Simplicity is the ultimate sophistication,” the statement was actually borrowed from Leonardo de Vinci – both gentlemen were correct.

Get Personal– If I only had a nickel for every time I’ve heard someone say, “It’s not personal; it’s just business.” Great leaders understand nothing is more personal than leadership, and they engage accordingly. The best leaders understand a failure to engage is in fact a failure to lead. Average leaders remain aloof and distant – great leaders look to know and care for their people.

Average leaders are viewed as business executives, the best leaders are viewed as great human beings.The best leaders understand it’s not a weakness to get personal, to display empathy, kindness, and compassion – it’s the ultimate strength. Peak performance is never built on the backs of others, but by helping others become successful. Treat your people as if your life depends on it – it does.

The reality is anyone can lead, but very few lead well. Will you just show up for work and check the box, or will you lead well? Thoughts?