Hottest Real Estate Submarkets of Detroit Michigan to Invest In

By Lisa Virkus on Dec 19, 2013 in From Find the Capital, Personal Investing | 0 comments


Article by, Brent Virkus of FInd the Capital and TRiTON Capital Advisory 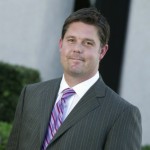 Since Detroit was allowed to file bankruptcy, there has been a lot of attention from the country on the city’s future and how it will impact the residential real estate market in Detroit.

As a local to Detroit and a lifetime Michigan native, I thought I would share what has been happening in the city and how it is impacting residential real estate.

The recent increase in companies moving to he city has caused an incredible rise in demand for residential units. In fact, Occupancy levels in the city are close to 100% and according to Market Watch residential prices have increase over 30% in the past 12 months! Market Watch even ranked us the 7th fastest growing city in the country. We’ve even seen studies that highlight there is demand for another 10,000 residential units over the next 5 years in the city of Detroit. Things are so strong in the rental markets that higher end apartment buildings are getting close to $2 per foot, which is significantly higher than the suburbs.

As a real estate investor, this brings great opportunity for both developers of multifamily and people looking to renovate and flip houses. The following is a summary of the hottest areas:

Some other areas to consider are the micro-neighborhoods where the top Automotive Executives build incredible homes just outside of the city. Some of these areas include:

If you are an investor looking for a once in a lifetime opportunity, you may want to check out the City of Detroit. It’s BACK!