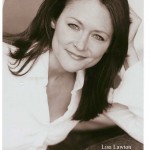 Mrs. Virkus has been a successful Entrepreneur for over twenty-five years.

Mrs. Virkus moved to New York City at the age of eighteen to pursue her dream of being a successful Model and Actress. Over a twenty-year period she became enormously successful and appeared in a number of film and TV shows, including the well know TV Shows:

She also performed the “Lead” in many national commercials and print add campaigns, such as:

Leaving New York in 2004 to pursue a relationship with her now husband, Brent Virkus, Mrs. Virkus moved to Detroit Michigan.

Leveraging her expertise in marketing, she joined TRiTON Companies, a “Full Service” Real Estate Investment and Development company as a Director of Marketing. While with TRiTON, Mrs. Virkus was responsible for TRiTON’s website/web-presence and social media marketing initiative through tools such as LinkedIn, YouTube, Facebook, Twitter and WordPress. Ultimately she was able to grow TRiTON’s presence to one of the Top 1% Most Viewed Profiles on LinkedIn and a #1 ranking on Google’s search engine. This has resulting in significant deal flow to the company including over $1 billion in transactions.

In addition to Mrs. Virkus’ corporate marketing efforts for TRiTON, she was directly responsible for the sales and marketing of TRiTON’s largest development, the Hyatt Siesta Key Beach Resort located in Sarasota Florida, www.siestakeybeach.hyatt.com.

In 2012, Mrs. Virkus decided to break out on her own and founded Find the Capital. Find the Capital is a first of its kind business providing clients two specific services: Find the Capital’s industry leading sales and marketing system, which is the same system she used to build TRiTON to one of the Top 1% Most Viewed Profiles on LinkedIn, and investment capital to support business expansion and acquisitions of its clients.